Hi Tea Luckin Starbucks, the milk tea cups that have changed color are all available!

In this year's tea drinking trend, "chase color" is definitely one.
The Walden Blue Diamond Rena Ice launched by Ruixing is called "the ceiling of Ruixing's face value" by netizens; Hey Tea and Starbucks have also launched blue drinks, attracting countless fans.
The hot lemon tea is a collection of red, yellow and green.


How to avoid the risk of coloring and make beautiful colorful drinks? I have found a dozen ways.

This year, the beverage circle is "chasing color"!

This year, many brands are using the idea of using color to create explosive drinks.
Ruixing's Walden Blue Diamond Rena Ice is called "Rena Ice Tailor-made for Fairies" by netizens; many boutique cafes are also using blue coffee to attract punches.
The best use of "color drainage" is this year's hot lemon tea. 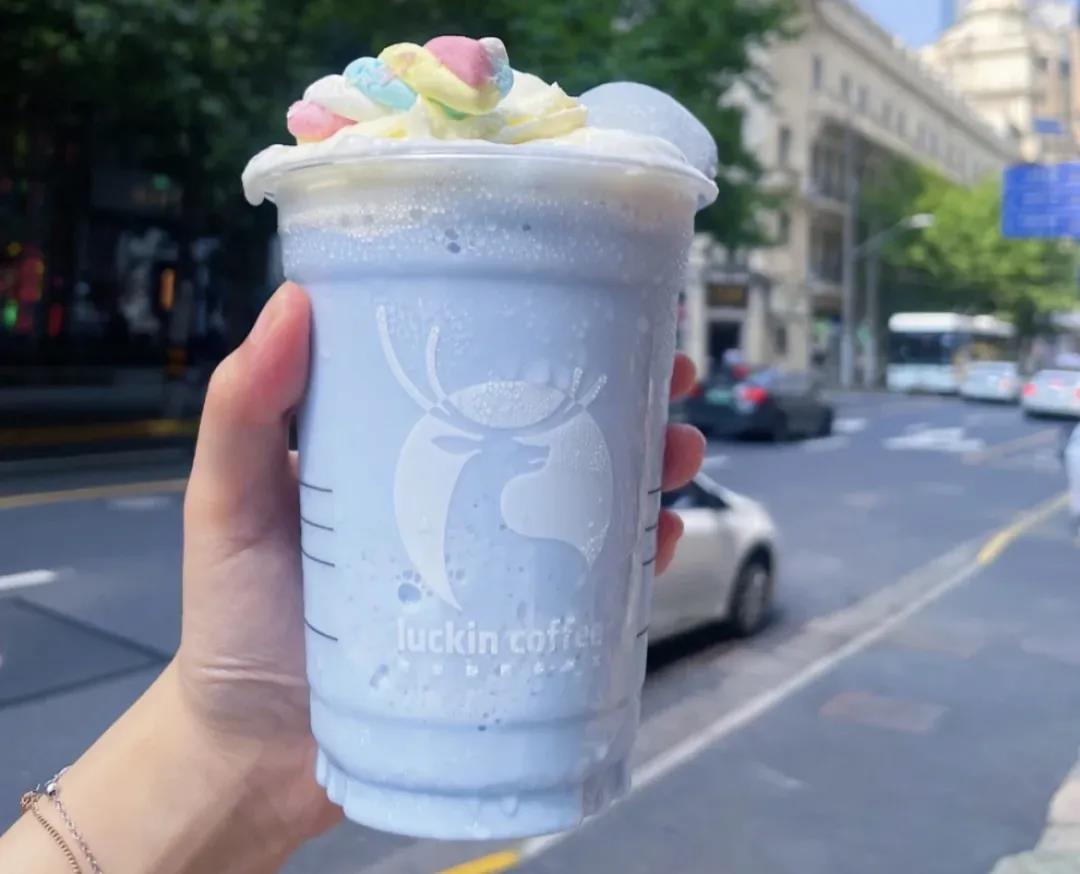 For example, Lin Xiangning made lemon tea in 5 colors, and put a piece of soft fufu cloud marshmallow on the lid of the cup. 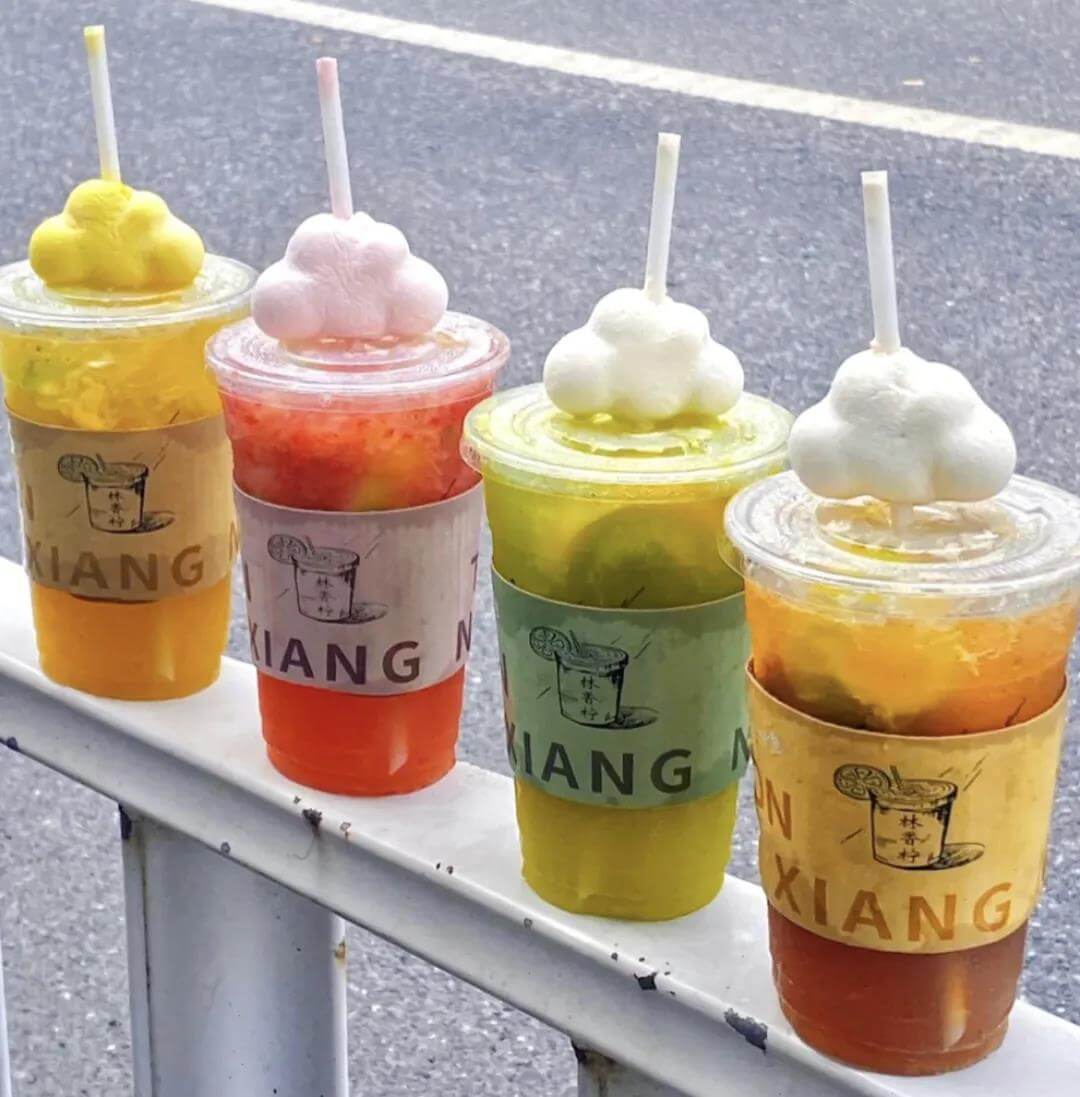 The relevant person in charge of Lin Xiangning, Mr. Yan, told me that they will cooperate with bloggers with matching tonality when promoting new products. At this time, the advantages of the variety of colors of the products are revealed. Products of different colors have a very high rate of output, which is attractive. Many new customers came to check in 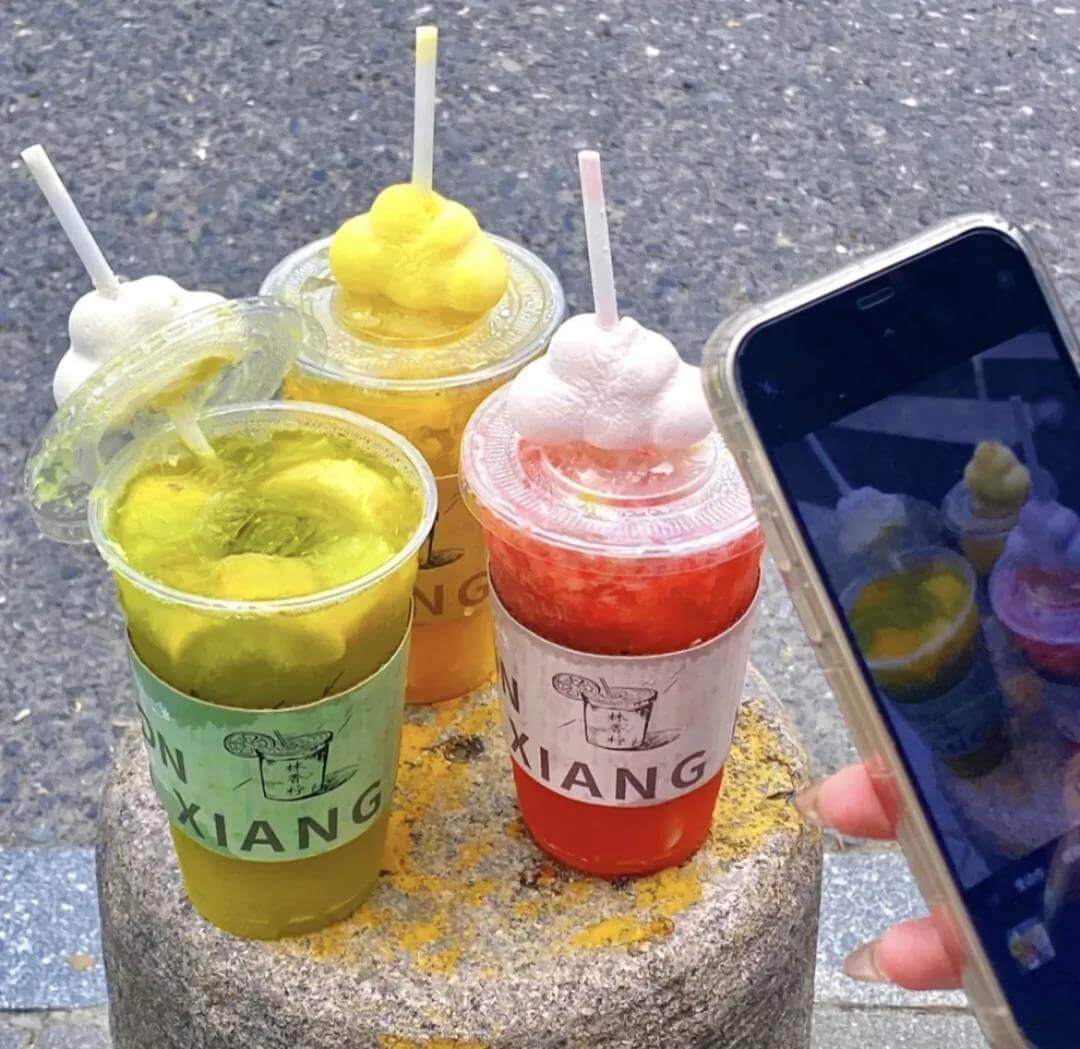 In addition, consumers are gradually tired of basic lemon tea, but if lemon tea is made in various colors, more consumers are punching in. In addition, the refreshing and enthusiastic color system can also arouse appetite. Lemon tea is more popular.
But every time the trend of “chasing colors” in beverages is mentioned, readers will worry about the risks of coloring.

What are the safe ways to add color to drinks? I interviewed many Kamen New Tea Drinking Contest contestants and summed up the safe ingredients in 7 colors. 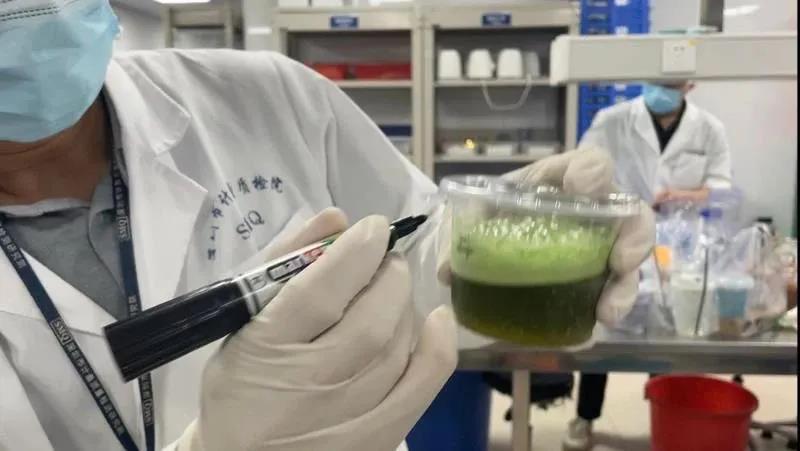 To make the drink "colorful", there are these safe operations
1. Blue drinks, Starbucks, Luckin, and Hi Tea are all making
Blue can be called the most favored color by brands this year. Brands are launching blue products: Starbucks has "Ice and Snow Fun and Crisp Frappuccino", Luckin has "Walden Blue Diamond Rena Ice", and Hey Tea Disney Limited edition "Glacier Adventure"; many beverage shops are pushing blue sky and white clouds products and so on.
How to make a healthy blue? I interviewed several R&D: 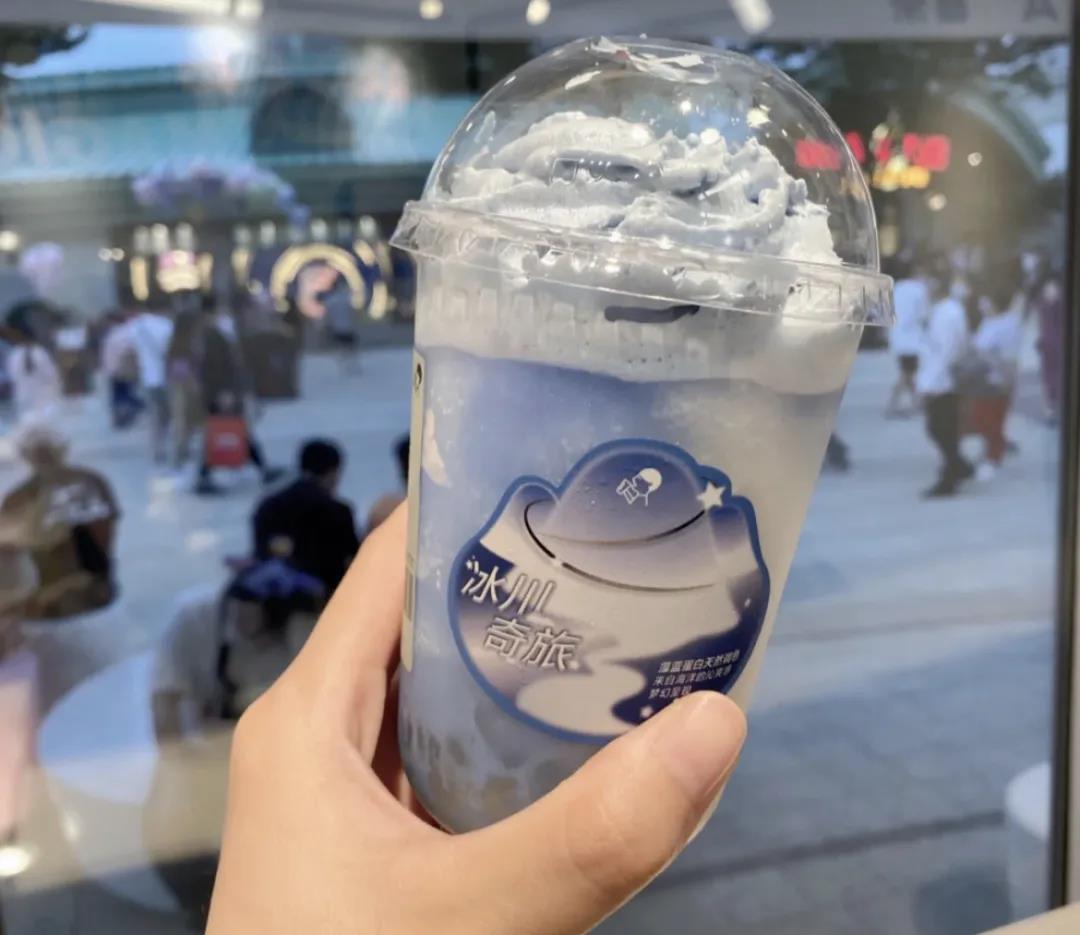 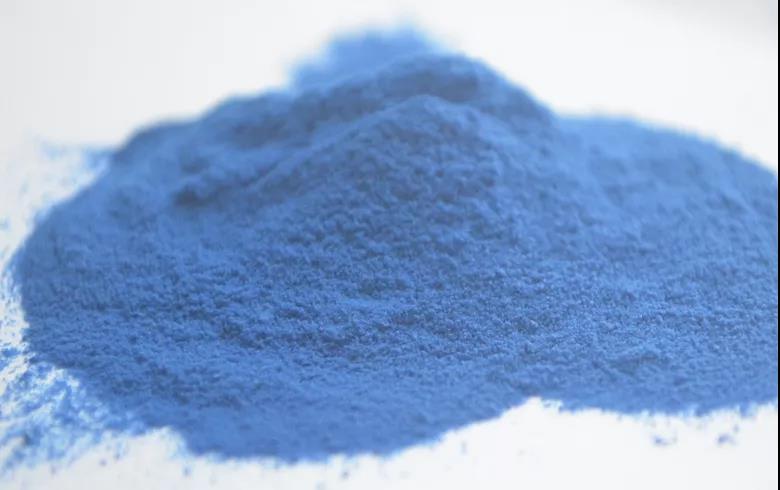 Phycocyanin is also generally divided into C-phycocyanin and R-phycocyanin. The former is mainly found in cyanobacteria, the latter is mainly found in red algae, and cryptophycos have both. It is not only a kind of protein, but also an excellent natural food coloring, and at the same time a good health food.
The blue velvet powder commonly used in many milk teas is made of phycocyanin.
Black wolfberry:
It is rich in natural anthocyanins, but the stability is poor. It will show different depths due to different varieties, production areas, water temperature, time, ratio and other factors. When used in stores, it is relatively lack of stability. 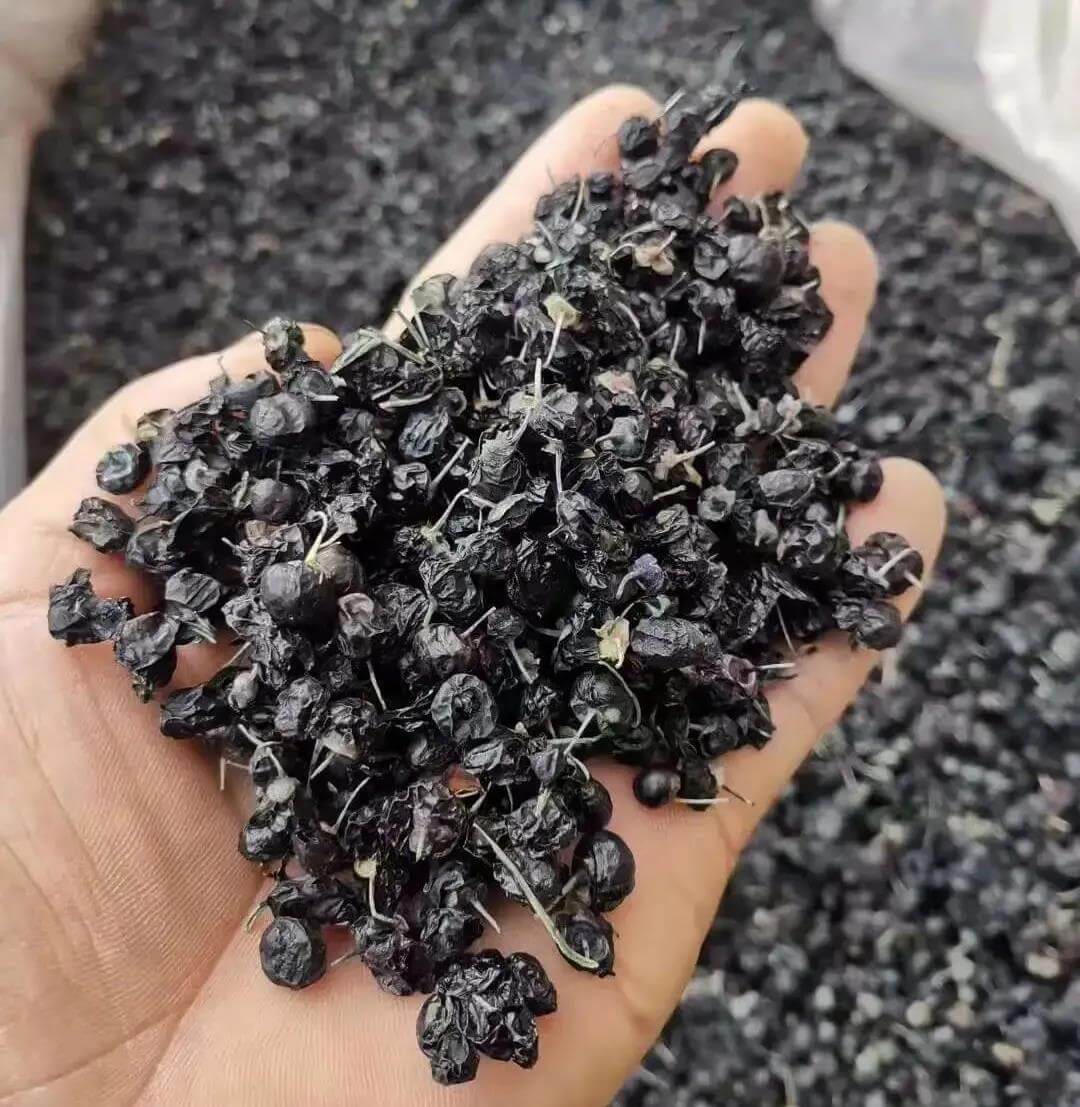 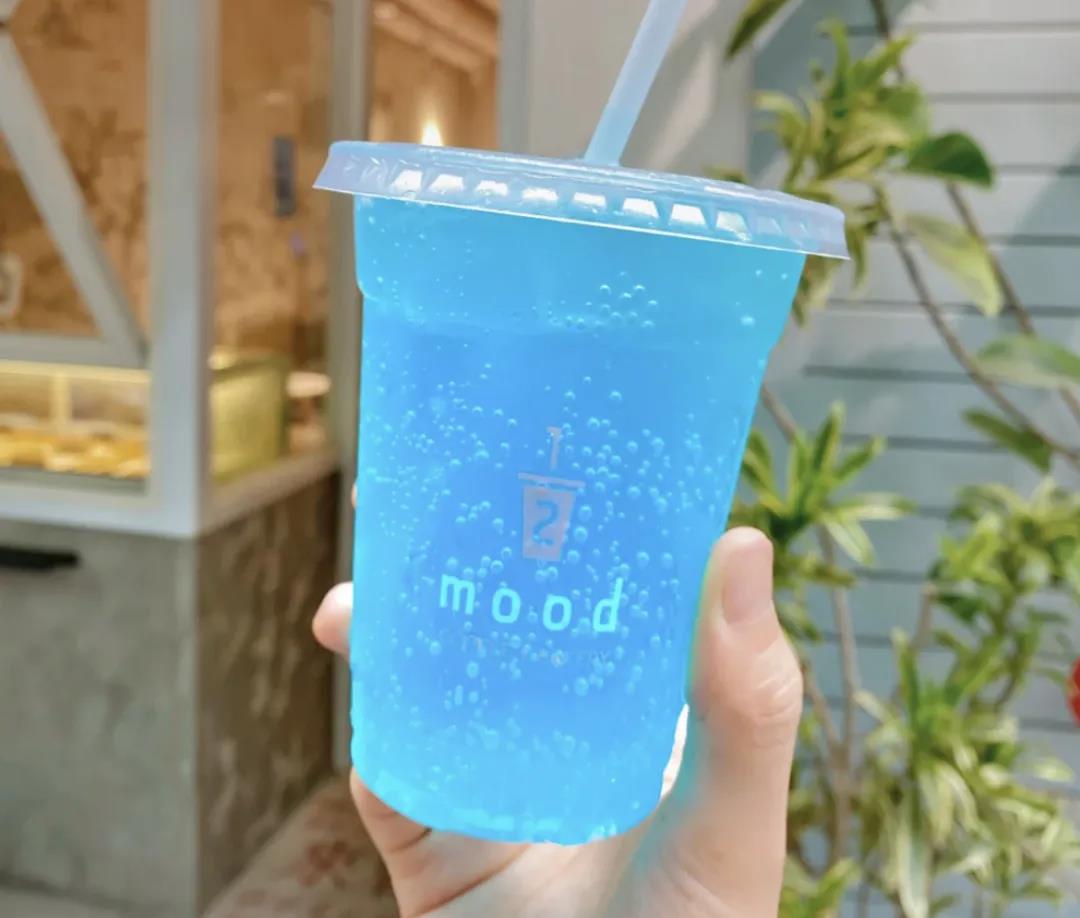 blueberry:
Blueberries are rich in natural anthocyanins. Because of their taste and aroma, they can match well with fruit teas and have been widely used. Blueberry powder is used in Starbucks' "Ice and Snow Fun Crisp Frappuccino". 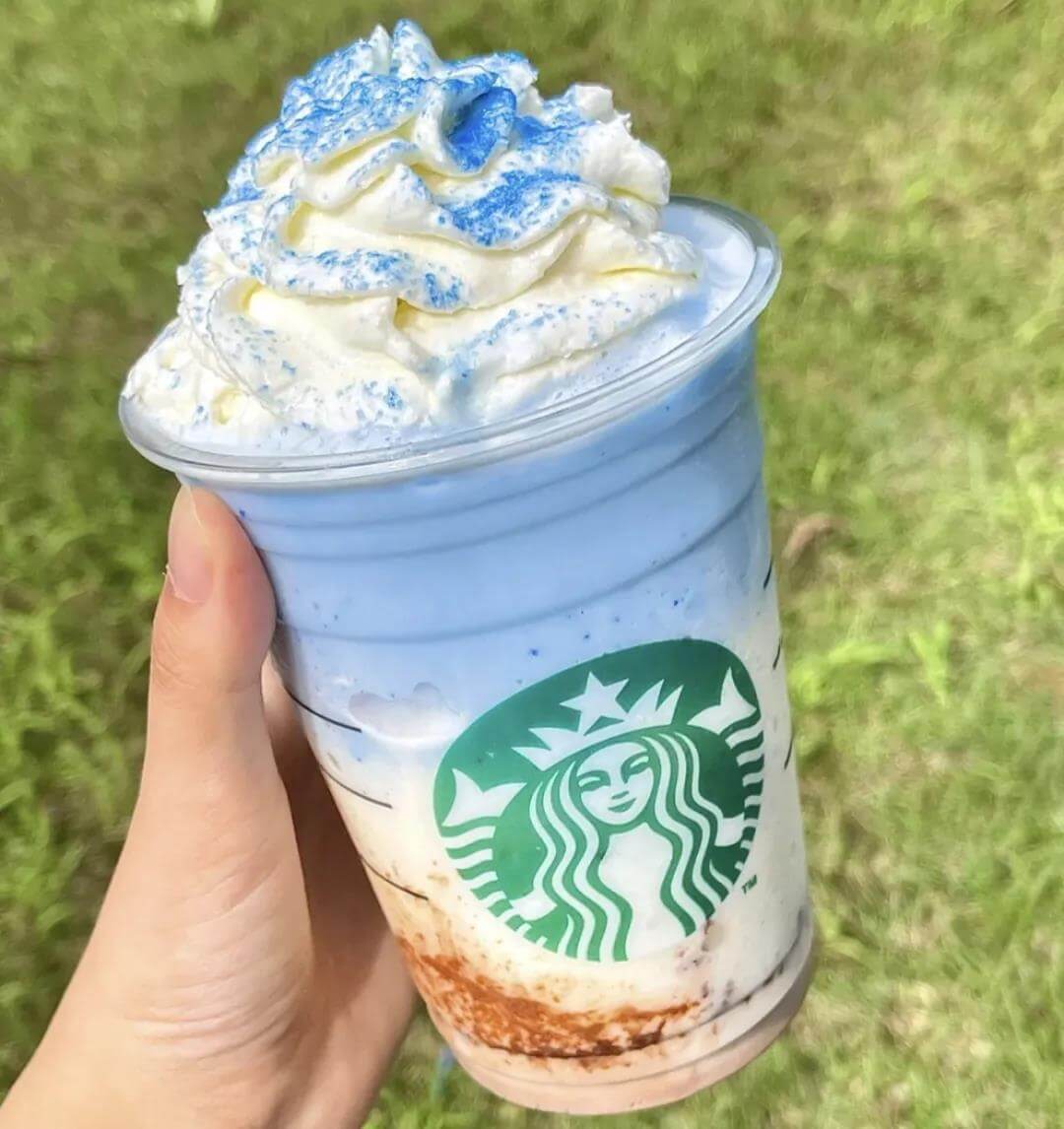 2. What are the health practices of "Thai Green"?
Cool and refreshing green drinks have a natural appeal in summer. 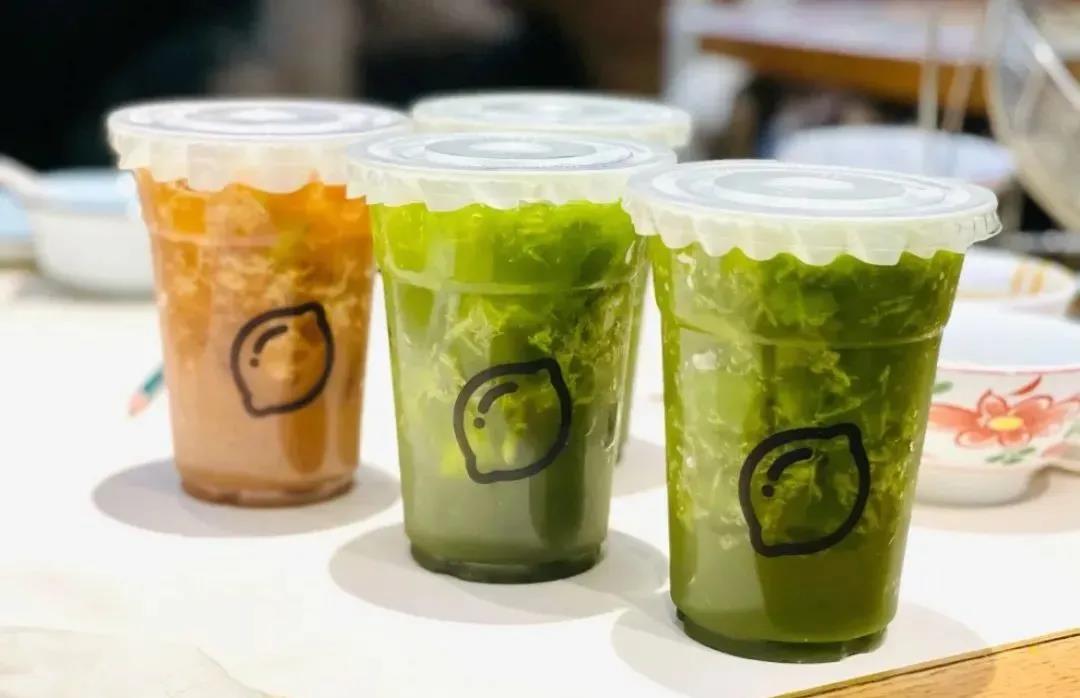 I have learned that the following raw materials can be made green——
Matcha powder:
Friends in the beverage circle are all familiar with matcha powder. It can present a comfortable tender green, or a full-bodied turquoise green, and it has a fresh flavor. 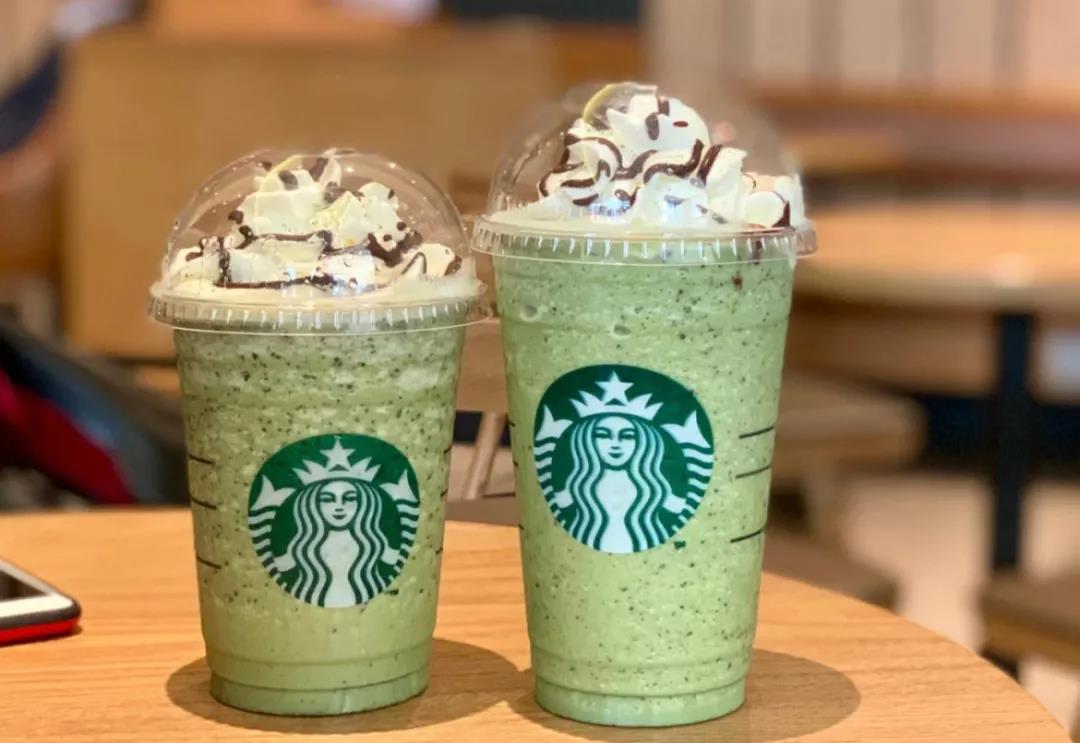 The disadvantage is that it is easy to oxidize, and there may be precipitation when making drinks.
Chlorophyll:
Chlorophyll is a good helper for the formation of green. Foods containing chlorophyll include: cabbage, alfalfa sprouts, lettuce, spinach, broccoli, lettuce and so on.
Celery/Bitter Gourd/Spinach:
These kinds of vegetables are fresh and emerald green, and while increasing the flavor, they are slowly being known and promoted as niche raw materials. For example, the lemon tea introduced before Baifencha uses spinach to show emerald green. 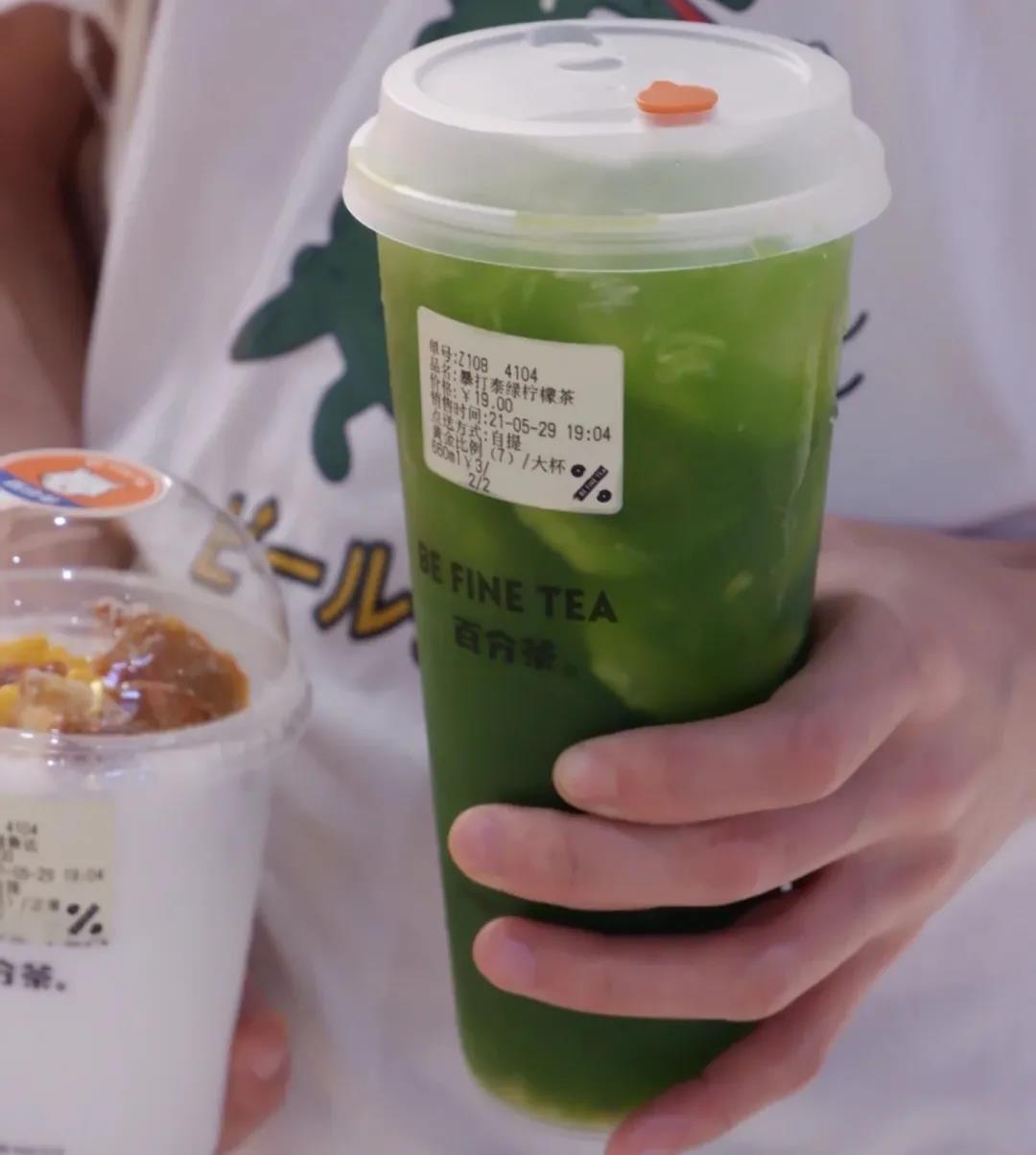 Wheatgrass juice/Kale:
Among the green lemon tea launched by many brands such as Hey Tea, kale is the choice. Kale belongs to the vegetable category and can be used as a "natural coloring agent" to blend the drink into a green color on the premise of satisfying health.

3. "Add some red to the tea", you can use these kinds of raw materials
"Thai Green" was on fire, and "Thai Red" also appeared in everyone's field of vision. Recently, Leaf & Tea has launched a series of red tea base products. Gu Ming also has a new "ruby" small material. 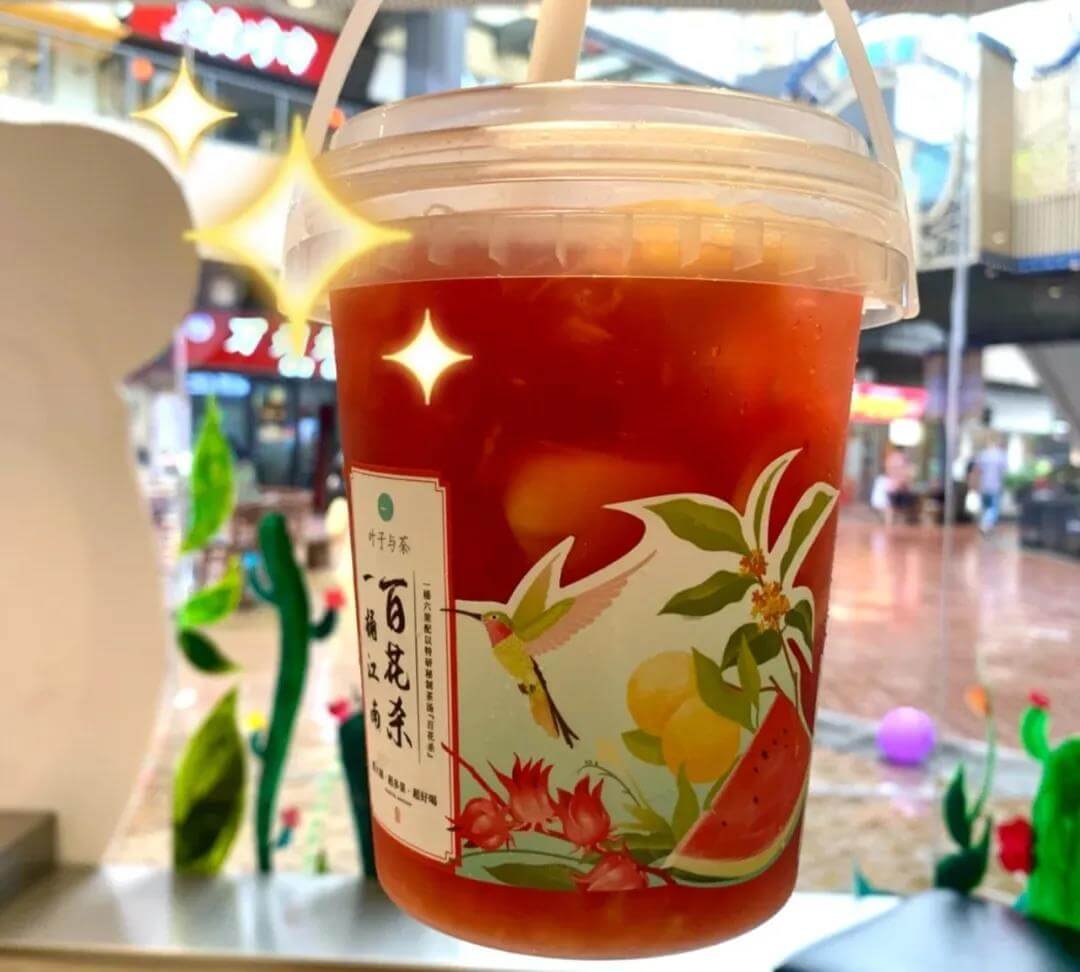 Regarding red, you can take a look at the following raw materials together——
Red dragon fruit:
Red pitaya can bring an attractive deep peach red color, and has its own aroma and sweetness. It is also widely used in tea. When making peach products, it can add a few grams of red pitaya, and the color fullness can be increased. Steps. 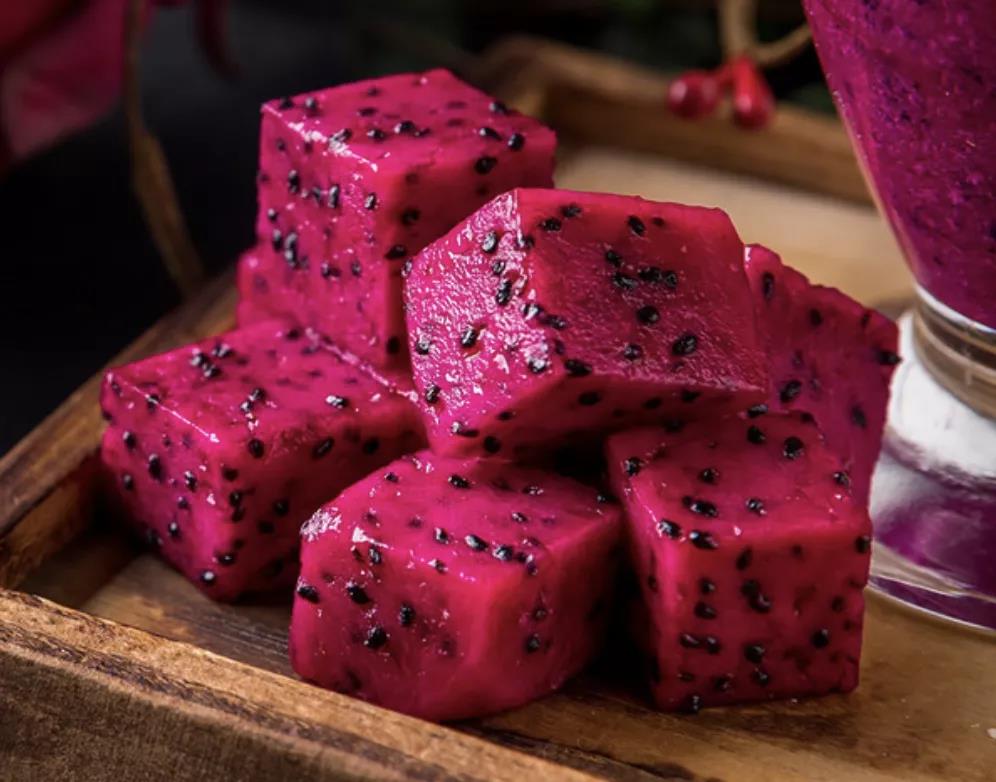 Raspberry:
Strawberries, raspberries, mulberries and blueberries are all berries, rich in natural anthocyanins, and have been widely used. Their taste and aroma can match well with drinks.

Roselle:
Roselle, also known as Roselle, is rich in VC and anthocyanins. It has the effects of cooling and reducing fire, promoting body fluids and quenching thirst, and the taste has its own sourness, not as straight as lemon, but first slightly sweet and then sour. It is used in flower nectar tea and sour plum soup.

Red velvet:
The red yeast rice powder in the red velvet is extracted from the plant beet root and is also a natural pigment.

turmeric:
Turmeric is not ginger, but a perennial herb with fragrance. However, the flavor will be too pungent, so you must accurately control the amount and mix when making drinks.
jackfruit:
Jackfruit is a niche fruit, and some brands are trying to use it. Some time ago, Baifencha launched a limited drink "Zhizhi Jackfruit", which made the jackfruit into a smoothie, showing a nice yellow color. 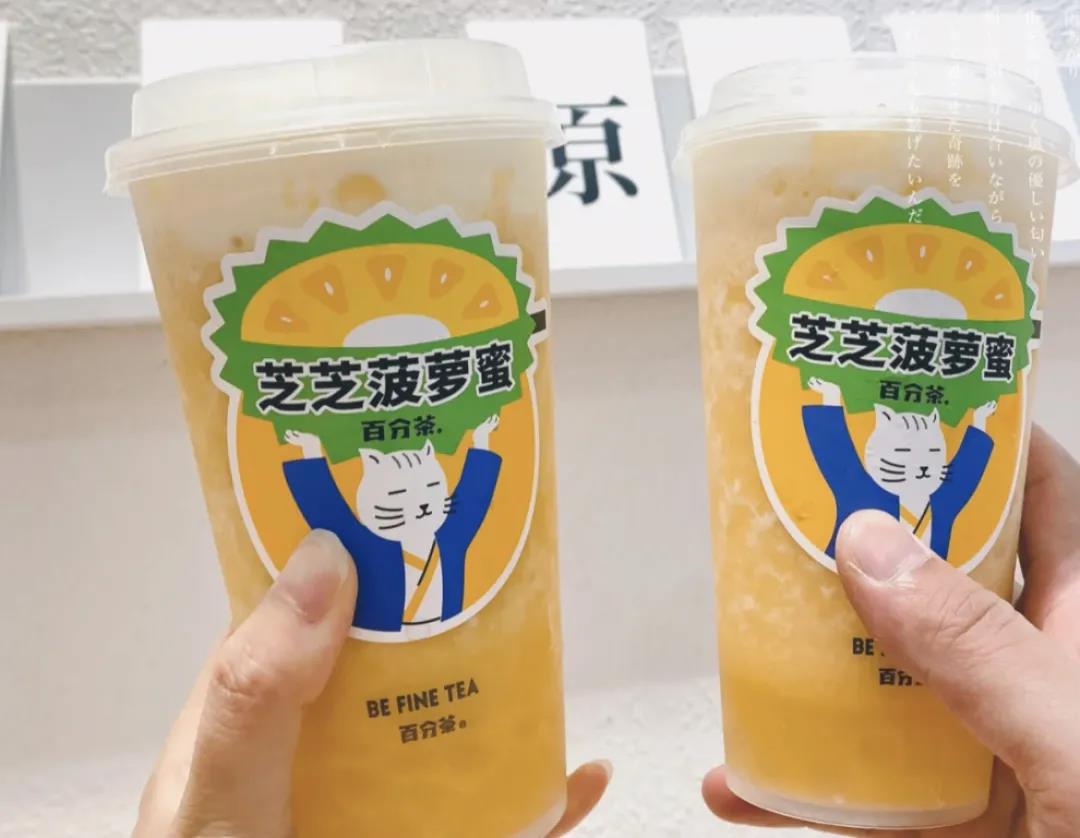 carrot:
Everyone is familiar with carrots. Carrot juice can also provide an orange-yellow color. In the future, it may be a niche raw material worth trying.

5. Which raw materials contain natural purple?
Purple is relatively rare in tea, but recently, Fushimi Momoyama launched a "Purple Potato Hime", the faint purple girl is full of heart and is very popular among consumers. 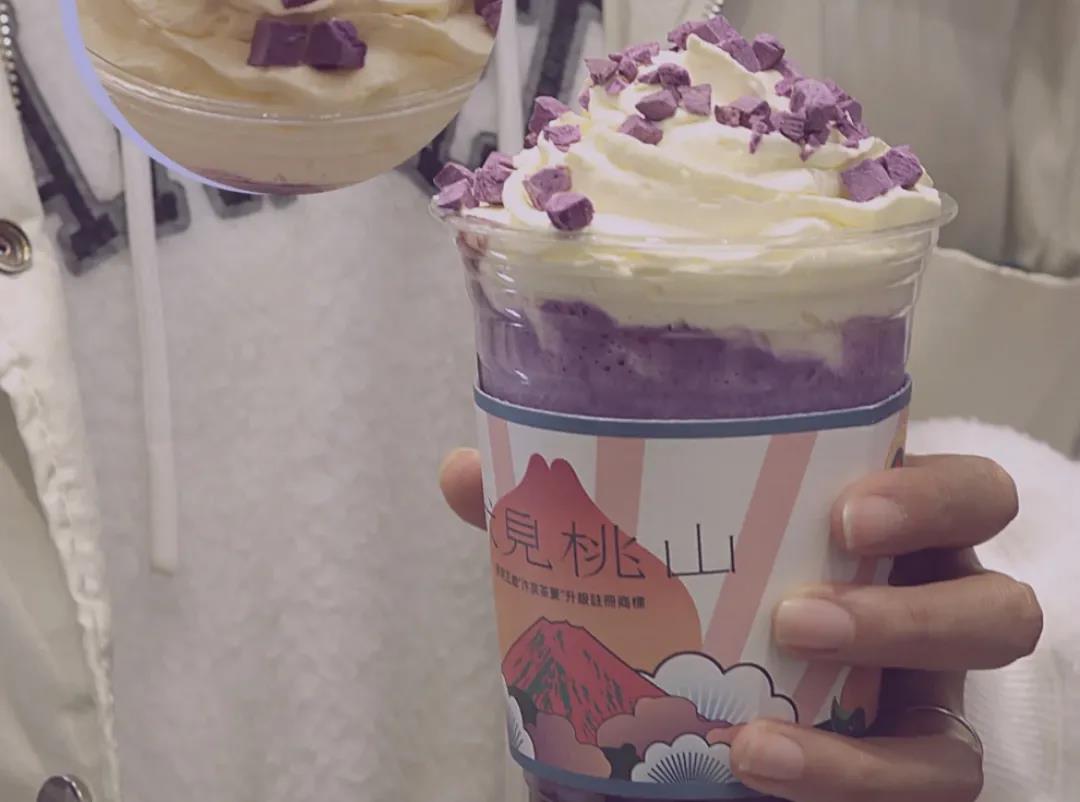 Purple Sweet Potato:
Purple sweet potato comes with a beautiful purple color, and it is also widely used in tea, and it is one of the natural pigment sources well-known to the public. 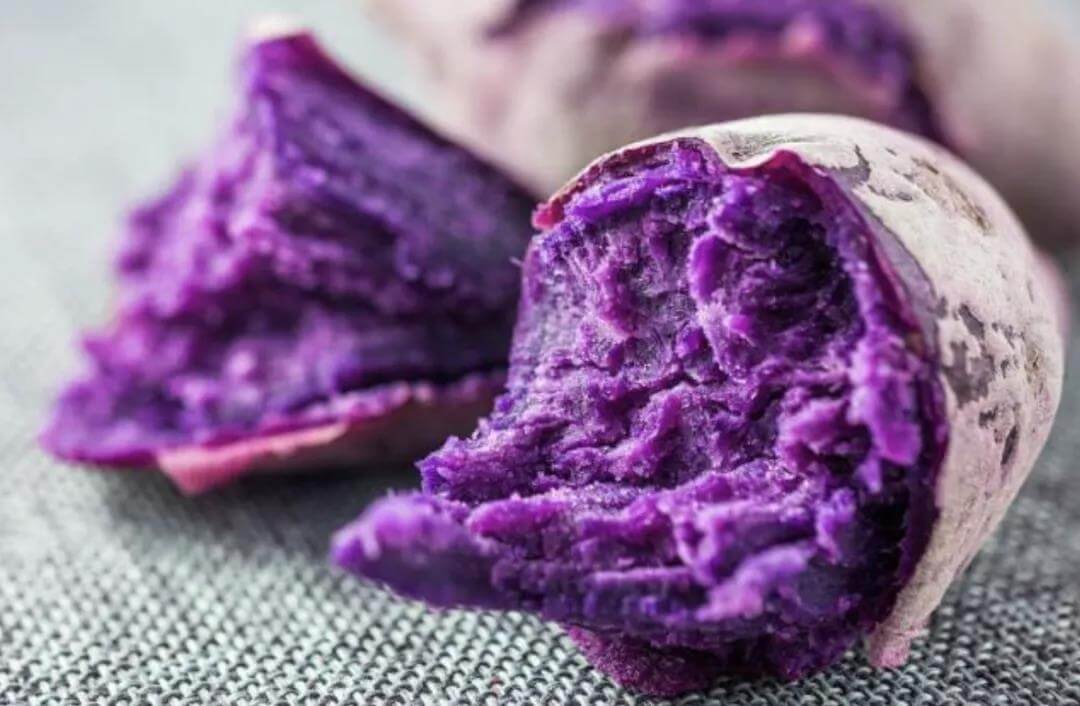 anthocyanin:
Foods containing anthocyanins include purple sweet potato, purple cabbage, perilla and so on.
6. What kind of raw materials should be used to make a girl's pink heart?
A pink peach from Fushimi Momoyama has transformed countless consumers' "girl hearts". Recently, ARTEASG also launched a pink drink "Strawberry Fuji Mountain", and many netizens called out "No resistance to pink". So, what raw materials should be used to make pink? 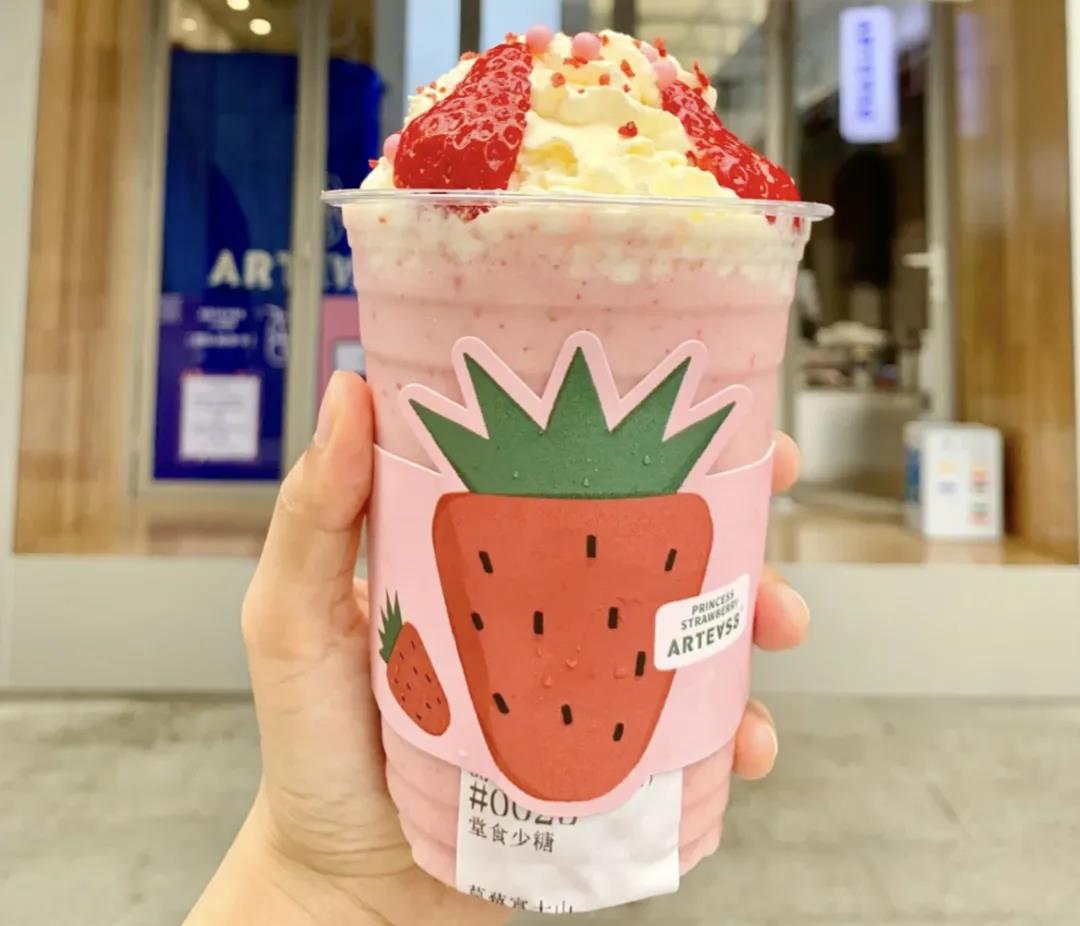 Beetroot:
It comes with a bright purple-red color and a sweet taste, which can add attractive peach pink to food and reduce the amount of sugar.
7. Milk tea can also be made into black! This material is super suitable for autumn and winter
As a "mud-rock flow" in tea, in fact, black and gray have always been topical. KOI launched a black milk tea-black sesame glutinous rice balls milk tea. 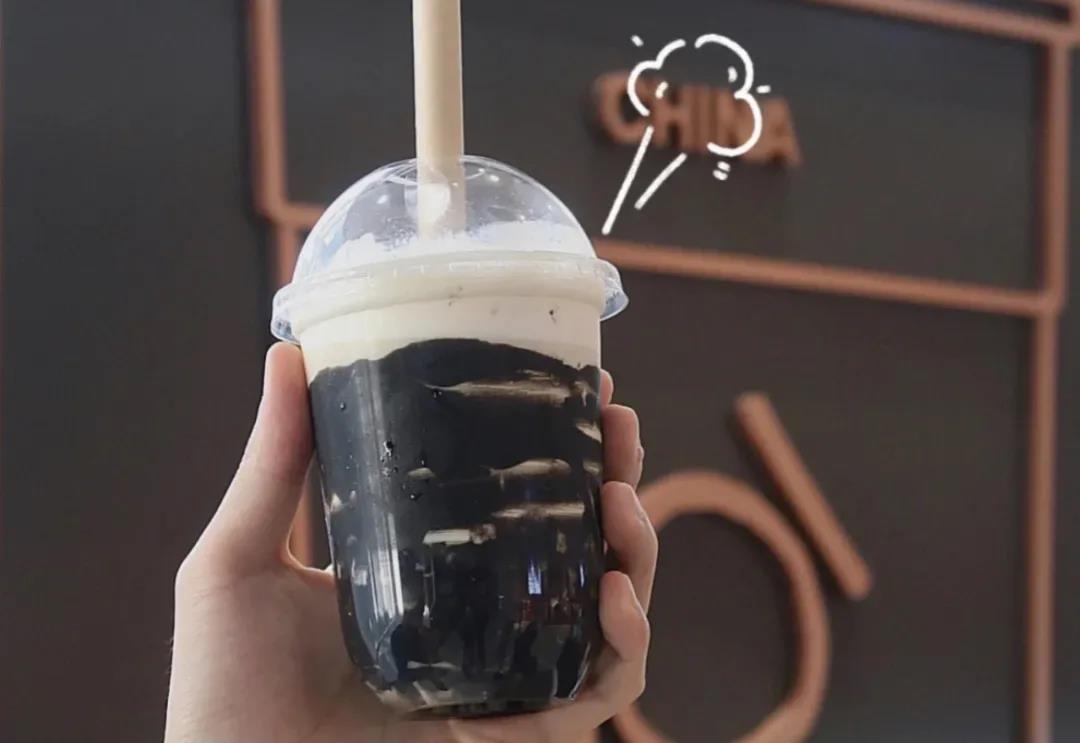 Black sesame:
Black sesame is a natural pigment that represents black, and it can show a gray-black effect when paired with dairy products. And the taste of black sesame is very strong, and it is often used in autumn and winter. 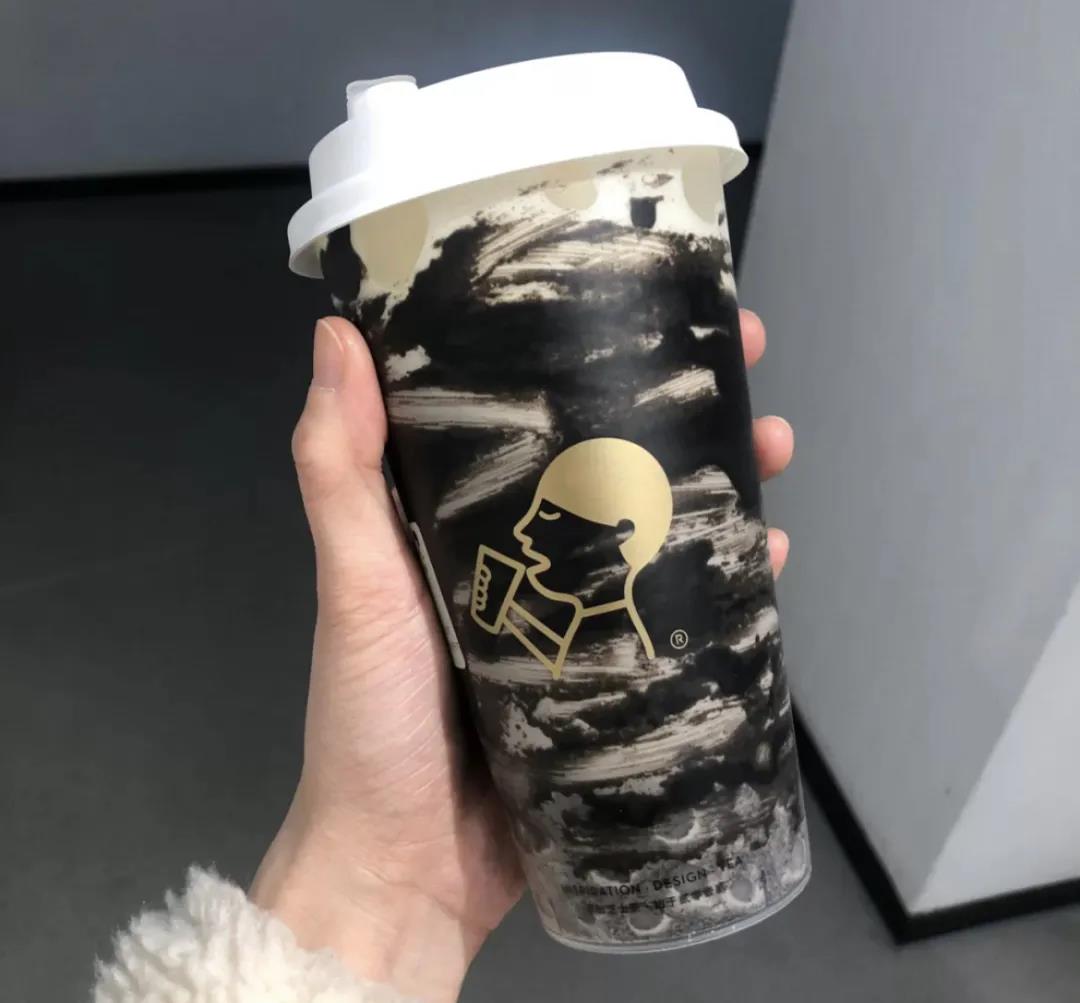 black rice:
Black rice is a kind of rice used for medicine and food. It contains anthocyanins and belongs to the category of glutinous rice. Black rice is black or dark brown. It is used as a small material and can also be used as a black embellishment. 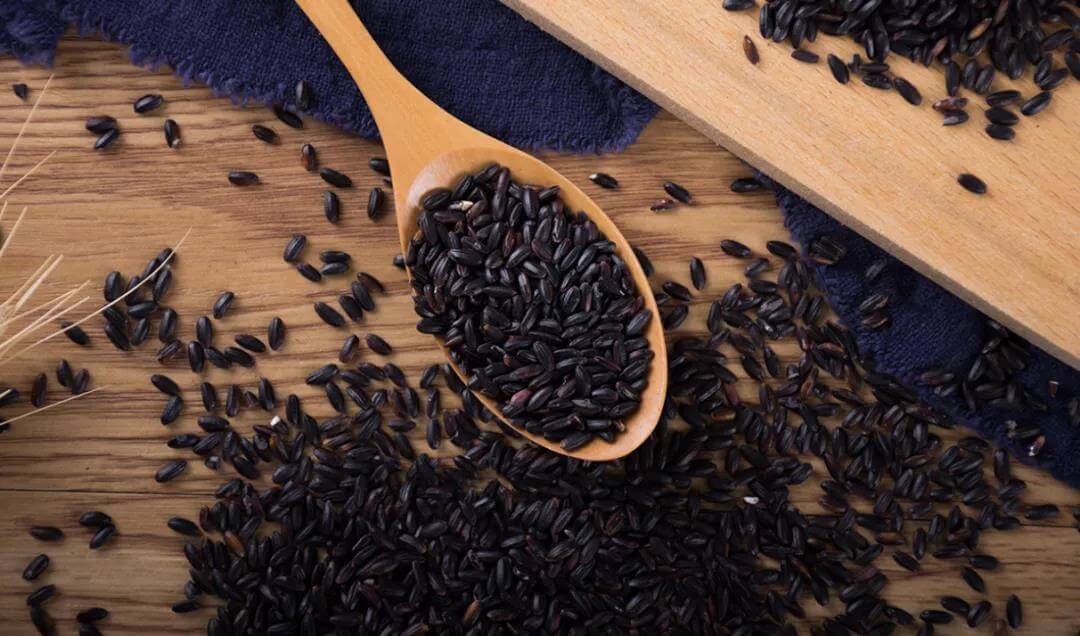 Color innovation is the micro-innovation of beverages.
To improve the appearance of a drink, in addition to adding ingredients, you can also open your mind from the color and make a new degree of recognition.
What other good methods do you have for coloring products? Welcome to leave a message to discuss.