Polylactic acid (PLA) is the most important biopolymer for the production of bio-based / biodegradable transparent films. Polylactic acid is not only highly transparent and charming gloss, but also biodegradable under industrial composting conditions. However, the current mechanical properties and processing properties of PLA films still hinder the widespread use of thermoplastics. With VINNEX ® 2525, a new modifier that greatly improves the processability of PLA in transparencies applications can be used to replace traditional plastics. 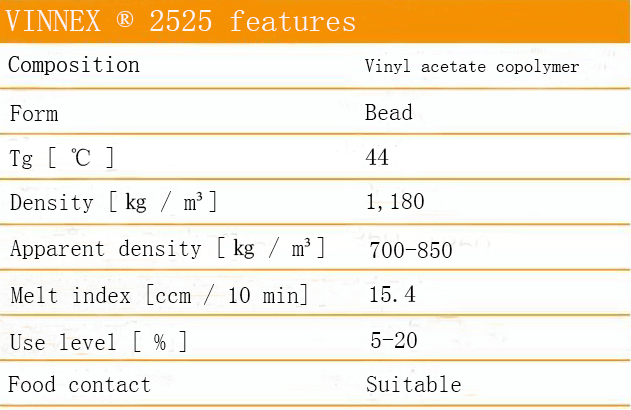 Improve the heat sealability of the PLA / VINNEX ® 2525 mixture 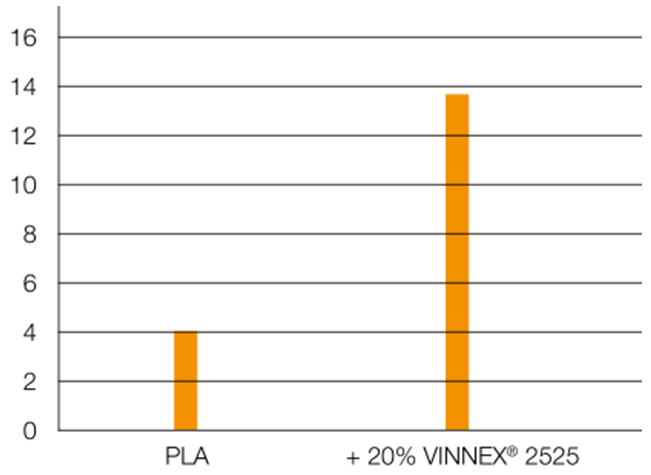 The PLA film and the PLA / VINNEX ® 2525 mixture were heat-sealed at a temperature of 100 ° C and a pressure of 1.5 bar for 1 second, and the heat seal adhesion strength was determined.

Conventional PLA film sealing is poor, so the heat sealing adhesive strength is low. The addition of VINNEX ® 2525 to PLA films improves the sealing of many surface heat seals and ultrasonic seals.

As a functional packaging film for fresh fruits, vegetables and bread, PLA films have a unique permeability to carbon dioxide (CO 2), oxygen (O 2) and water vapor, which makes it favored. PLA / VINNEX ® 2525 mixture greatly improved the mechanical properties, while the permeability is basically unchanged. 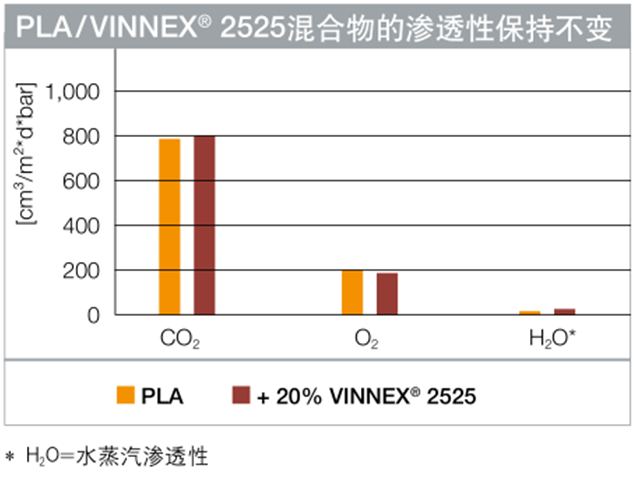 Mixtures of numerous biopolymers using VINNEX ® resins have been tested by industrial composting (ISO 14855, EN13432). For each bioplastic compound, the biodegradability depends primarily on the respective formulation, depending on the particular situation. For more details, please visit
Test our technical services.

Advantages at a glance: VINNEX ® 2525 advantage